has a professional web page

and a flying page

and raft on whitewater

is building a BattleBot named FrostBite 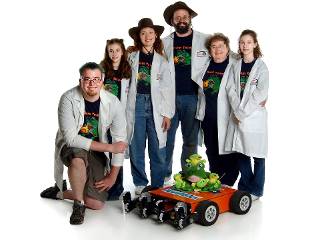 is often seen in the Cayman Islands for Pirate Week,
helping to release farm-grown Hawksbill Turtles like Fred

This summer he took his family on a Caribbean cruise.

, saw all kinds of animals

a total eclipse of the sun

rain forest and kissed a dolphin

while his wife was watching

with his wife Debbie